Monsters are creatures that have strong physical and/or magical prowess, which differentiates them from other living beings. Although other animals exist in this world, a majority of creatures that are found in the Sanctuary are Monsters. A few Monsters are known to be able to evolve through special items called catalyst and the Tree of Evolution. 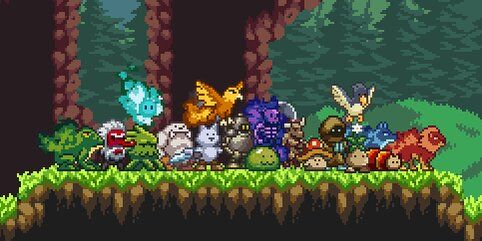 Some Monsters, such as Rocky and Crystal Snail, are known to have been existed since prehistoric times, and Monsters such as the Blob are believed to come into existence upon the creation of the Monster Sanctuary. There are even those that came from another world, such as Grummy and Elderjel. Originally, Monsters could be found scattered all around the world, but due to conflicts between the kings of the Old World and the order of Monster Keepers, a majority of these Monsters now reside in the Monster Sanctuary. It was built to be a home and a haven for all who no longer have a home in the Old World.

Eggs are a rare drop from Monster battles. Hatching an egg from your inventory will give you its corresponding monster. The level of the Monster hatched depends on your Monsters' highest level.

Community content is available under CC-BY-SA unless otherwise noted.
Advertisement